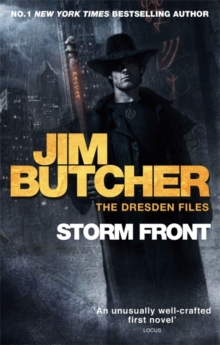 Alright booklovers, it’s been awhile since I’ve posted what I’ve been reading, and it’s because I’ve gotten stuck into several different series! As mentioned in my last post, I’ve been reading Naomi Novik’s Temeraire series (Napoleonic wars fought with dragons) – and after finishing book 8 (which ended on a cliffhanger), I discovered that I had somehow neglected to order book 9, the final book! So I’m waiting on that one. I’ve been reading a lot of urban fantasy books over the past month. I finally started Jim Butcher’s Dresden Files in February, and I’ve definitely been speeding up as I’ve read them! Harry Dresden is Chicago’s first (and only) wizard private investigator, solving cases and occasionally consulting for the police on some of their weirder investigations. The first few books felt like fairly straightforward private investigator books (albeit with magic), but the beauty of a series like this is that you can really develop the characters over the course of many books (there are currently fifteen books in the series, with 23-24 planned), and I am now fully hooked. So much so that I’ve been putting off reading the last few books because I don’t want them to end (or to have such a long wait until the next book comes out…). The first book is Storm Front:

Turns out the ‘everyday’ world is full of strange and magical things – and most of them don’t play well with humans. That’s where Harry comes in.

Harry’s business as a private investigator has been quiet lately – so when the police bring him in to consult on a grisly double murder committed with black magic, he’s seeing dollar signs. But where there’s black magic, there’s a black mage behind it. And now that mage knows Harry’s name.

Magic – it can get a guy killed.

I’ve also been reading Anne Bishop’s the Others series, starting with the first book, Written in Red. These books come with a content warning for anyone who has self-harmed, especially with a knife. 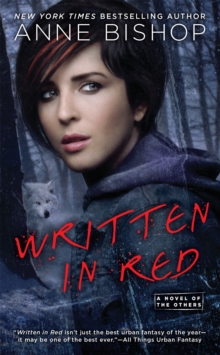 As a cassandra sangue, or blood prophet, Meg Corbyn can see the future when her skin is cut – a gift that feels more like a curse. Meg’s Controller keeps her enslaved so he can have full access to her visions. But when she escapes, the only safe place Meg can hide is at the Lakeside Courtyard, a business district operated by the Others.

Shape-shifter Simon Wolfgard is reluctant to hire the stranger who inquires about the Human Liaison job. First, he senses she’s keeping a secret, and second, she doesn’t smell like human prey. Yet a stronger instinct propels him to give Meg the job.

And when he learns the truth about Meg and that she’s wanted by the government, he’ll have to decide if she’s worth the fight between humans and the Others that will surely follow.

This is a world where humans weren’t ever the top predator – that honour belongs to the Others, who view humans as clever meat. I didn’t expect to enjoy this series as much as I did, and I devoured the first book in a day. I’m still waiting for my copy of the last book to show up, but this series has ultimately felt to me like it’s about building community. 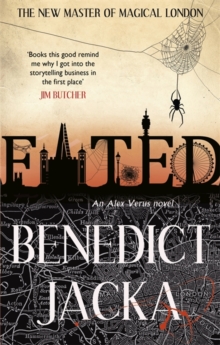 I had a customer in the bookshop the other day ask for recommendations of a series that was similar to the Dresden Files, and nothing came immediately to mind. Then, when sorting out the new second-hand books room in the back, I found a series that had a blurb by Jim Butcher on the cover of each book, and figured I’d found one for him! Since I of course needed to check whether I should recommend the series, I’ve been reading them over the past week or so – Benedict Jacka’s Alex Verus series, starting with Fated –  and they’re definitely similar to the Dresden Files, though with some good differences. Alex Verus is based in Camden, London, a mage with a dark past and the ability to see the future. One of the most compelling differences between Alex Verus and Harry Dresden is that Dresden is a combat wizard – he tends to blast his problems away – and Verus is a diviner, able to see the future, which is great for dodging attacks, but not great in terms of raw power or going on the offensive. When faced with a direct fight, Verus typically tries to run away – which unfortunately, doesn’t always work. But he’s got some tricks up his sleeve….

In the heart of Camden, where rail meets road meets leyline, you might find the Arcana Emporium, run by one Alex Verus. He won’t sell you a wand or mix you a potion, but if you know what you’re looking for, he might just be able to help. That’s if he’s not too busy avoiding his would-be apprentice, foiling the Dark, outwitting the Light, and investigating a mysterious relic that has just turned up at the British Museum.

Backlist bump: Since I’m writing about so many urban fantasy books, I feel I would be remiss not to mention one of my favourite 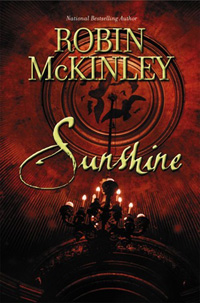 urban fantasy books of all time, Sunshine by Robin McKinley, which I tend to describe as a book about vampires and baking. After having lent it to a friend who is not first-language English, I’ve also remembered that the author does use language in some interesting ways in this book – slang that you get from context, where looking up the words in the dictionary won’t help! Every time I read this book, I also want to immediately start baking – there are some great dessert names, from Killer Zebras to Lemon Lust Bars, to the most important Cinnamon Rolls as Big as Your Head.

There are places in the world where darkness rules, where it’s unwise to walk. But there hadn’t been any trouble out at the lake for years, and Sunshine just needed a spot where she could be alone with her thoughts. She never heard them coming. Of course you don’t, when they’re vampires.

Somewhat uniquely in urban fantasy, this is a standalone book (much though I’d love more books written in this world).

Suffice it to say I’ve got a good half dozen books at the top of my TBR list with these series alone! We’ll see what happens once I’m through these…