Well booklovers, I’ve done it again, and keep ordering more books that just look too interesting! Here are some of the top books on my TBR list that aren’t science fiction or fantasy! It’s a mix of older and new titles that I’ve come across various different places. So, in no particular order, here are some of the books I’ve recently ordered in:

Non-Fiction/Memoir:  A customer ordered a copy of this book, which has just come out in paperback, and it reminded me that I had read about it when it first came out, and it sounded very interesting. It’s one woman’s story of her experience working in the San Francisco start-up scene, and the sexism and disillusionment that came along with it. 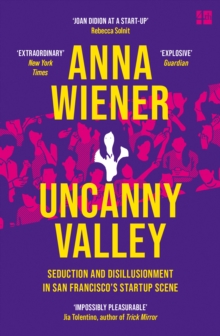 At twenty-five years old, Anna Wiener was beginning to tire of her assistant job in New York publishing. There was no room to grow, and the voyeuristic thrill of answering someone else’s phone had worn thin. Within a year she had moved to Silicon Valley to take up a job at a data analytics startup in San Francisco.

Leaving her business casual skirts and shirts in the wardrobe, she began working in company-branded T-shirts. She had a healthy income for the first time in her life. She felt like part of the future.

But a tide was beginning to turn. People were speaking of tech startups as surveillance companies. Out of sixty employees, only eight of her colleagues were women.

Slowly, she began to realise that her blind faith in ambitious, arrogant young men from America’s soft suburbs wasn’t just her own personal pathology. It had become a global affliction. Uncanny Valley is a coming of age story set against the backdrop of our generation’s very own gold rush.

It’s a story about the tension between old and new, between art and tech, between the quest for money and the quest for meaning – about how our world is changing forever.

Crime and Mystery: I read Mandel’s Station Eleven at the start of the pandemic and loved it, and my cousin read this one and said it was great, so it is very much at the top of my TBR list now that it’s out in paperback! 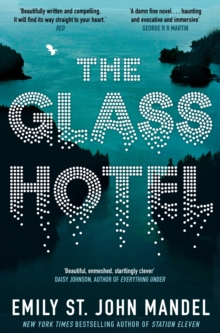 Vincent is the beautiful bartender at the Hotel Caiette, a five-star glass-and-cedar palace on the northernmost tip of Vancouver Island.

New York financier Jonathan Alkaitis owns the hotel. When he passes Vincent his card with a tip, its the beginning of their life together. That same day, a hooded figure scrawls a note on the windowed wall of the hotel: Why dont you swallow broken glass.

Leon Prevant, a shipping executive for a company called Neptune-Avramidis, sees the note from the hotel bar and is shaken to his core. Thirteen years later Vincent mysteriously disappears from the deck of a Neptune-Avramidis ship. Weaving together the lives of these characters, Emily St. John Mandel’s The Glass Hotel moves between the ship, the towers of Manhattan and the wilderness of remote British Columbia, painting a breathtaking picture of greed and guilt, fantasy and delusion, art and the ghosts of our pasts.

Zen Buddhism/Mind, Body, Spirit: This is another book that was initially ordered by a customer and looked fascinating. Who doesn’t love The Dude? We can all use a little more zen in our lives these days! 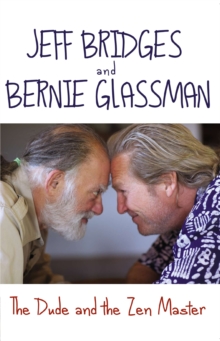 Jeff Bridges is one of the world’s most popular actors and his unforgettable performance as The Dude in Coen Brothers film, The Big Lebowski, made him a cult hero. His remarkable career as an actor, performer and songwriter has brought him an Oscar, a Golden Globe and a Critics Choice award. Away from the spotlight, Bridges is a dedicated practitioner of Zen Buddhism and for more than a decade has been close friends with Zen leader Bernie Glassman.

It is Glassman who has helped guide Bridges’ lessons on the path to enlightenment and the two have spent many hours discussing life, love, the movies, creativity, happiness and death. With wit, charm and profound insight, Bridges and Glassman discover the Zen in iconic scenes and lines from The Big Lebowski. With honesty and humour, Bridges explores how his Zen practice and his life experience inform one another as he discusses his loving relationship with his parents, his marriage, his highly successful career and his warm connection with his fans.

Fiction: This book came up in one of my family’s weekly zoom calls. I’m pretty sure it was my mother who recommended it – or perhaps she was in the middle of reading it and quite enjoying it… Suffice it to say it sounded good enough that I had to order a copy! 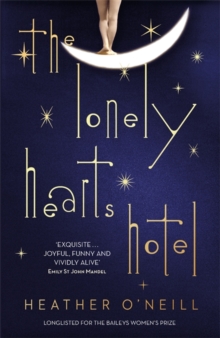 The Lonely Hearts Hotel is a love story with a difference. Set throughout the roaring twenties, it is a wicked fairytale of circus tricks and child prodigies, radical chorus girls, drug-addicted musicians and brooding clowns, set in an underworld whose economy hinges on the price of a kiss. It is the tale of two dreamers, abandoned in an orphanage where they were fated to meet.

Here, in the face of cold, hunger and unpredictable beatings, Rose and Pierrot create a world of their own, shielding the spark of their curiosity from those whose jealousy will eventually tear them apart. When they meet again, each will have changed, having struggled through the Depression, through what they have done to fill the absence of the other. But their childhood vision remains – a dream to storm the world, a spectacle, an extravaganza that will lift them out of the gutter and onto a glittering stage.

Heather O’Neill’s pyrotechnical imagination and language are like no other. In this she has crafted a dazzling circus of a novel that takes us from the underbellies of war-time Montreal and Prohibition New York, to a theatre of magic where anything is possible – where an orphan girl can rule the world, and a ruined innocence can be redeemed.