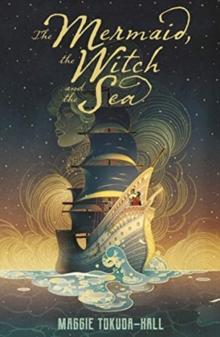 Well booklovers, following my posts about my top unread books of last year, it made me really want to dive right in, so I started with The Mermaid, the Witch and the Sea by Maggie Tokuda Hall. It was a beautiful book (not to mention a gorgeous cover!) and felt like a fairy tale. It’s classed as YA, but I whole-heartedly recommend it, no matter what your age. Sometimes YA books can feel a bit too… YA, but this one didn’t at all – it was just a wonderful story. It’s also LGBTQ+ friendly! This is a standalone book.

In a world divided by colonialism and threaded with magic, a desperate orphan turned pirate and a rebellious imperial lady find a connection on the high seas. Aboard the pirate ship Dove, Flora the girl takes on the identity of Florian the man to earn the respect and protection of the crew. For Flora, former starving urchin, the brutal life of a pirate is about survival: don’t trust, don’t stick out, and don’t feel.

But on this voyage, Flora is drawn to the Lady Evelyn Hasegawa, who is headed to an arranged marriage she dreads. Flora doesn’t expect to be taken under Evelyn’s wing, and Evelyn doesn’t expect to find such a deep bond with the pirate Florian. Neither expects to fall in love.

Soon the unlikely pair set in motion a wild escape that will free a captured mermaid (coveted for her blood) and involve the mysterious Pirate Supreme, an opportunistic witch, double agents, and the all-encompassing Sea herself. Deftly entwining swashbuckling action and quiet magic, Maggie Tokuda-Hall’s inventive debut novel conjures a diverse cast of characters seeking mastery over their fates while searching for answers to big questions about identity, power, and love. 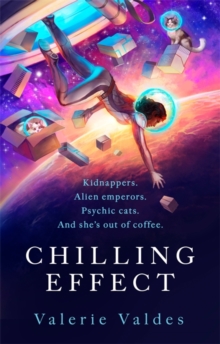 I decided to go for a sci-fi title next, and went with Chilling Effect by Valerie Valdes. I tend to love any and all books encompassing the pirate/smuggler/scrappy captain with a heart of gold tropes, and this one was no different! I was a bit disappointed that the hyper-intelligent psychic cats didn’t feature as prominently as I’d hoped, but I’m looking forward to seeing if they figure more in the next book. I also found myself looking up many of the Spanish curses used in the books, though it certainly wasn’t a necessity – rather like in the tv show Firefly when they curse in Chinese, you don’t need to understand the words to get their meaning! This was a fun space romp, and I can’t wait to read the next in the series.

Captain Eva Innocente and the crew of La Sirena Negra cruise the galaxy delivering small cargo for even smaller profits. When her sister is kidnapped, Eva must undergo a series of dangerous missions to pay the ransom. But Eva may lose her mind before she can raise the money.

The ship’s hold is full of psychic cats, an amorous fish-faced emperor wants her dead, and her engineer is giving her a pesky case of feelings. The worse things get, the more she lies, raising suspicions and testing her loyalty to her found family. To free her sister, Eva will risk everything: her crew, her ship, and the life she’s built on the ashes of her past misdeeds.

But when the dominoes start to fall and she finds the real threat is greater than she imagined, she must decide whether to play it cool or burn it all down. 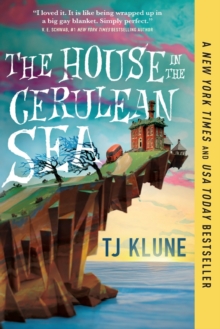 A book that I read right before Christmas (after hearing many wonderful things about it from many different sources) and have been waiting for the paperback to come out to recommend is The House in the Cerulean Sea. This book is absolutely heartwarming! I was reading it when a customer came in, and they mentioned that they had heard it was written in the style of a children’s novel, which it is – things like being called in to see Extremely Upper Management. This is a feel-good read that I can’t recommend highly enough – and these days, who doesn’t need more feel-good reads in their life? I will definitely be returning to this book for rereads in the future! Like the first book on the list, this one is also LGBTQ+ friendly and a standalone.

Linus Baker leads a quiet, solitary life. At forty, he lives in a tiny house with a devious cat and his old records. As a Case Worker at the Department in Charge Of Magical Youth, he spends his days overseeing the well-being of children in government-sanctioned orphanages.

When Linus is unexpectedly summoned by Extremely Upper Management he’s given a curious and highly classified assignment: travel to Marsyas Island Orphanage, where six dangerous children reside: a gnome, a sprite, a wyvern, an unidentifiable green blob, a were-Pomeranian, and the Antichrist. Linus must set aside his fears and determine whether or not they’re likely to bring about the end of days. But the children aren’t the only secret the island keeps.

Their caretaker is the charming and enigmatic Arthur Parnassus, who will do anything to keep his wards safe. As Arthur and Linus grow closer, long-held secrets are exposed, and Linus must make a choice: destroy a home or watch the world burn.