I haven’t been reading very much Young Adult lately, but two of the titles that I have read recently have really been standouts. The first, Dread Nation by Justina Ireland, just sounded cool. 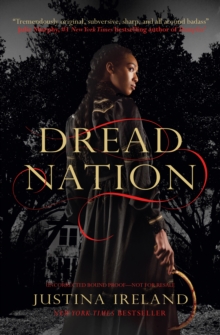 Trained at Miss Preston’s School of Combat for Negro Girls in both weaponry and etiquette, Jane McKeene is poised for a successful career protecting the wealthy from the encroaching plague of walking dead. But when families begin to go missing, Jane uncovers a conspiracy that pits her against some powerful enemies. Sent far from home, Jane will need all her resourcefulness, wit and strength of character to survive.

I mean, I loved Gail Carriger’s Finishing School Series, and this one sounded similar – weapons and etiquette? Yes, please! It’s a fantastic zombie book, set in a post-Civil War alternative history, that deftly explores racial oppression throughout the action and tension of the story. This was a fun, engaging read that kept me hooked and interested the whole way through, and I highly recommend it. There’s also an excellent review of the book over at Tor. The sequel, Deathless Divide, is also out.

The other YA book that really stood out for me was Heart of Iron by Ashley Poston. Any books that are about scoundrels and outlaws in space tend to be right in my wheelhouse, and this book didn’t disappoint.

Seventeen-year-old Ana is a scoundrel by nurture and an outlaw by nature. Found as a child drifting through space 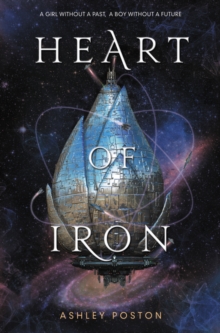 with a sentient android called D09, Ana was saved by a fearsome space captain and the grizzled crew she now calls family. But D09—one of the last remaining illegal Metals—has been glitching, and Ana will stop at nothing to find a way to fix him.

Ana’s desperate effort to save D09 leads her on a quest to steal the coordinates to a lost ship that could offer all the answers. But at the last moment, a spoiled Ironblood boy beats Ana to her prize. He has his own reasons for taking the coordinates, and he doesn’t care what he’ll sacrifice to keep them.

When everything goes wrong, she and the Ironblood end up as fugitives on the run. Now their entire kingdom is after them—and the coordinates—and not everyone wants them captured alive.

What they find in a lost corner of the universe will change all their lives—and unearth dangerous secrets. But when a darkness from Ana’s past returns, she must face an impossible choice: does she protect a kingdom that wants her dead or save the Metal boy she loves?

While many YA books focus on the trials and tribulations of young love, this book didn’t quite follow the usual script, which was a refreshing change. It’s a unique retelling of the story of Anastasia, with a diverse cast of characters, and I’m looking forward to reading the second book in the duology, Soul of Stars (already out).