I’d been hearing about Octavia Butler for awhile, not least because a few years back there was a university course where students were coming into the bookshop to order her book Dawn, the first in her Xenogenesis series.

“I was attracted to science fiction because it was so wide open,” Butler once said in an interview with The Indypendent. “I was able to do anything and there were no walls to hem you in and there was no human condition that you were stopped from examining.”

However, it wasn’t until I discovered that she had a vampire book, Fledgling, that I started reading her work. In her books, Butler explores the politics of race, gender, power, sexuality, and community; often the characters in her books form alternative communities. She also often entwines these politics with a critique of hierarchical thinking and behaviour.

Fledgling is the story of an apparently young, amnesiac girl whose alarmingly unhuman needs and abilities lead her to a startling conclusion: She is in fact a genetically modified, 53-year-old vampire. Forced to discover what she can about her stolen former life, she must at the same time learn who wanted – and still wants – to destroy her and those she cares for and how she can save herself.

After Fledgling, I moved on to Lilith’s Brood, which is the omnibus edition of the Xenogenesis trilogy. In the first book, Dawn, protagonist Lilith Iyapo finds herself in a spaceship after surviving a nuclear apocalypse that destroys Earth. Saved by the Oankali aliens, the human survivors must combine their DNA with an ooloi, the Oankali’s third sex, in order to create a new race that eliminates a self-destructive flaw in humans—their aggressive hierarchical tendencies.

This exploration of genetically-altered, hybrid individuals and communities is also present in her Patternist series, the ominus edition of which is Seed to Harvest. This series depicts the transformation of humanity into three genetic groups: the dominant Patternists, humans who have been bred with heightened telepathic powers and are bound to the Patternmaster via a psionic chain; their enemies the Clayarks, disease-mutated animal-like superhumans; and the Mutes, ordinary humans bonded to the Patternists. 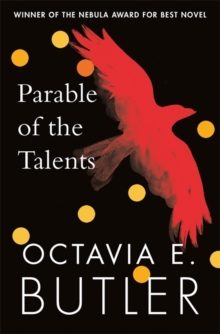 The most recent book of hers that I finished was The Parable of the Talents, which is the second book in her Earthseed duology (also known as the Parable Series), the first being The Parable of the Sower. These books were… depressing. Depressing and terrifying, because of how close we are to this dystopian future. The first book introduces the 15-year-old protagonist, Lauren Oya Olamina, who lives in a walled community in California in the 2020s, and her struggle to form and establish a new belief system. 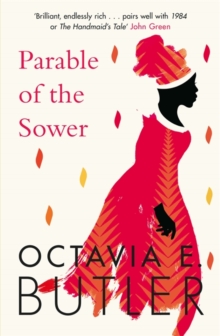 America is a place of chaos, where violence rules and only the rich and powerful are safe. Lauren Olamina, a young woman with the extraordinary power to feel the pain of others as her own, records everything she sees of this broken world in her journal. Then, one terrible night, everything alters beyond recognition, and Lauren must make her voice heard for the sake of those she loves.

Soon, her vision becomes reality and her dreams of a better way to live gain the power to change humanity forever. All that you touch, You Change. All that you Change, Changes you.

I highly recommend this duology. It feels prescient, and these books are the ones of hers that have stayed with me the most. As she herself said, “The Parable series serve as cautionary tales.”

Her most famous book is Kindred, about a woman named Dana who in 1976 dreams of being a writer – and in 1815, where she inadvertently time travels, she is assumed to be a slave. This is one of the few books by Butler that I haven’t read, though after thoroughly enjoying everything else by her that I’ve read, it is now firmly on my TBR list.

Butler is known for her lean prose, strong protagonists, and social observations that range from the distant past to the far future, and I highly recommend reading her work, whether you are a science-fiction and fantasy fan or not.